My topic would be “Pragmatic differences in the speech acts among high zones and low zones in Colombian Spanish”. I would like to study if there are pragmatic differences in the speech acts of requests, apology and thanking between the “high” zones which would be the ones near the Andes and mountains (Bogota, Medellin, Cali) and the “low” zones which would be the ones closer to the Caribbean (Barranquilla, Cartagena, Santa Marta) in Colombia because it interests me to understand the reasons for the notable linguistic variations among groups of people that are native from each area.

The objective would be to analyze and determine if there are pragmatic differences in the speech acts of request, apology and thanking among “high” and “low” zones in Colombian Spanish. The purpose would be to establish causes or reasons for the linguistic variations and determine the strongest variables that are part of the differences in the pragmatic uses of the speech acts among both groups.

My hypothesis would be that many factors influence the linguistic variations among “low” and high” zones in Colombia and they determine the social differences among people from both groups. Influence of other languages and cultures would be a variable that would make part of the difference among both zones because of the accessibility or seclusion both areas have gone through. Climatic and environmental setting could play a part in the difference among speech acts used by people from “low” or high” zones in Colombia because of the location of which area which would determine the habits and life style of both areas. Cultural traditions and values among people from “low” and high” zones could represent a difference in the speech acts used because of the preservation or development of linguistic features according to each society.

I would present each group with a set of situations where they would have to give an answer that best fits their perceptions and type of requests, apology and thanking speech acts used in every case. I would allow for subjects to respond freely to each question which would represent their true values as well as pragmatic and linguistic preferences. The data collected would be from all participants and would be analyzed to determine the differences among participants from “high” and “low” zones.

Some situations could be:

You have a classmate next to you, who you have never spoken to, and you need a piece of paper, how would you ask the person to give you a sheet from his notebook?

You are in a restaurant and there is no salt and pepper in your table: how would you ask the couple sitting across from your table?

You accidently broke an antique vase, in your neighbor’s house, which belonged to someone else: how would you apologize for that?

You received a Christmas gift from your mother’s in law best friend, since you did not know she was going to be present you did not get a gift for her: how would you thank her for the gift?

I would break down the data according to the situation and speech act that referred to. I would then analyze the differences among each group of people. I would pay close attention to the generational differences in the speech acts used among participants from the “low” zone, the different responses from females and males and the linguistic features of the language used by participants from different socioeconomic and educational levels. I would then do the same with the “high” zone participants and analyze its members before comparing both groups to each other. The purpose would be to understand each group before comparing it to the other which would allow us to have a clearer picture of their intrinsic characteristics.

Travel, Style, Beauty & Entertainment Expert for Digital, On-Air and Print Media.
Reach Out to DeeCTrillo@Gmail.com or on Social media @HauteFrugalista 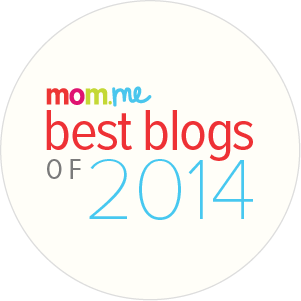 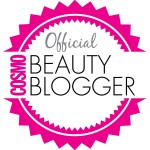